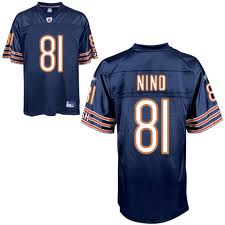 Early Wednesday morning Chicago bears wide receiver Sam Hurd was taken into custody by homeland security officers. The complaint stated Hurd tried to set up a weekly arrangement with an undercover to purchase 5-10 kilos & 1,000 pounds of marijuana. He is also listed as one of the biggest drug dealers in the Chicago area it seems he wasn’t worried about his Playbook he was just worried about that comeback trying to get a quick flip smh. Nino lol