I guess this idiot didn’t learn anything from Max B situation from the looks off this he is finished. 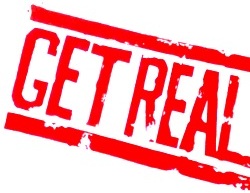 I decided to put together a list of some artists who I don’t understand  why they are still in the game at this point. Its my opinion im sure most people will agree with it though.

1.) Soulja Boy- He went from your kids ideal to number 1 gangsta & tatted up. He thought he was way to cool after turn my swag on because everyone let him slide since it was a decent song. This guy has millions of twitter followers but his records sales don’t match.

2.) Waka Flocka Flame- He is this generations Lil Jon need I say more. He is just a hype man i dont know how long can you make music with no lyrics and sell.

3.) Tony YaYo- Damn I know your 50’s boy but do we really have to hear your music? Your voice is annoying and your subject matter is limited.

4.) Lil Flip- His career has been over since the T.I beef but yet he still releases new music but NOBODY knows this because they don’t care. Give it up Fliperachi

5.) Young Berg- Not only is he a walking punching bag but this guy has gone through more chains than Mr.T  the song with Ray-J sum’s up his career now he needs to beat it.

6.) Jae Millz- I was once a fan of his music till I realized he would never drop an album & his wordplay has decreased drastically to the point he only focuses on his female fan base by putting out mainly songs for the ladies.

7.) Gunplay- If this guy isn’t Rick Ross’s Spliff star Idk who is. He can only make hype music like Waka

8.) Red Cafe- This guy makes bad career moves over & over. He signed to Konvict Music & Bad Boy two labels that don’t focus on rap acts.  I been waiting for an album so long i noticed everything he does is starting to sound the same now and no longer care.

9.) Lil B- Self Explanatory

10.) Lil Scrappy- Once he left the BME click it was downhill from there. He has no consistency putting music out & when you here the music its nothing special. He lost all cool points in my book when he let Soulja Boy take his girl Diamond.